The occasion was a retreat to Lake Charles, Louisiana at the Hackberry Rod and Gun Club. I flew in on Thursday afternoon and we went night fishing on the “Night Stalker”.

Six of us caught 90 fish (our limit) in about two hours. 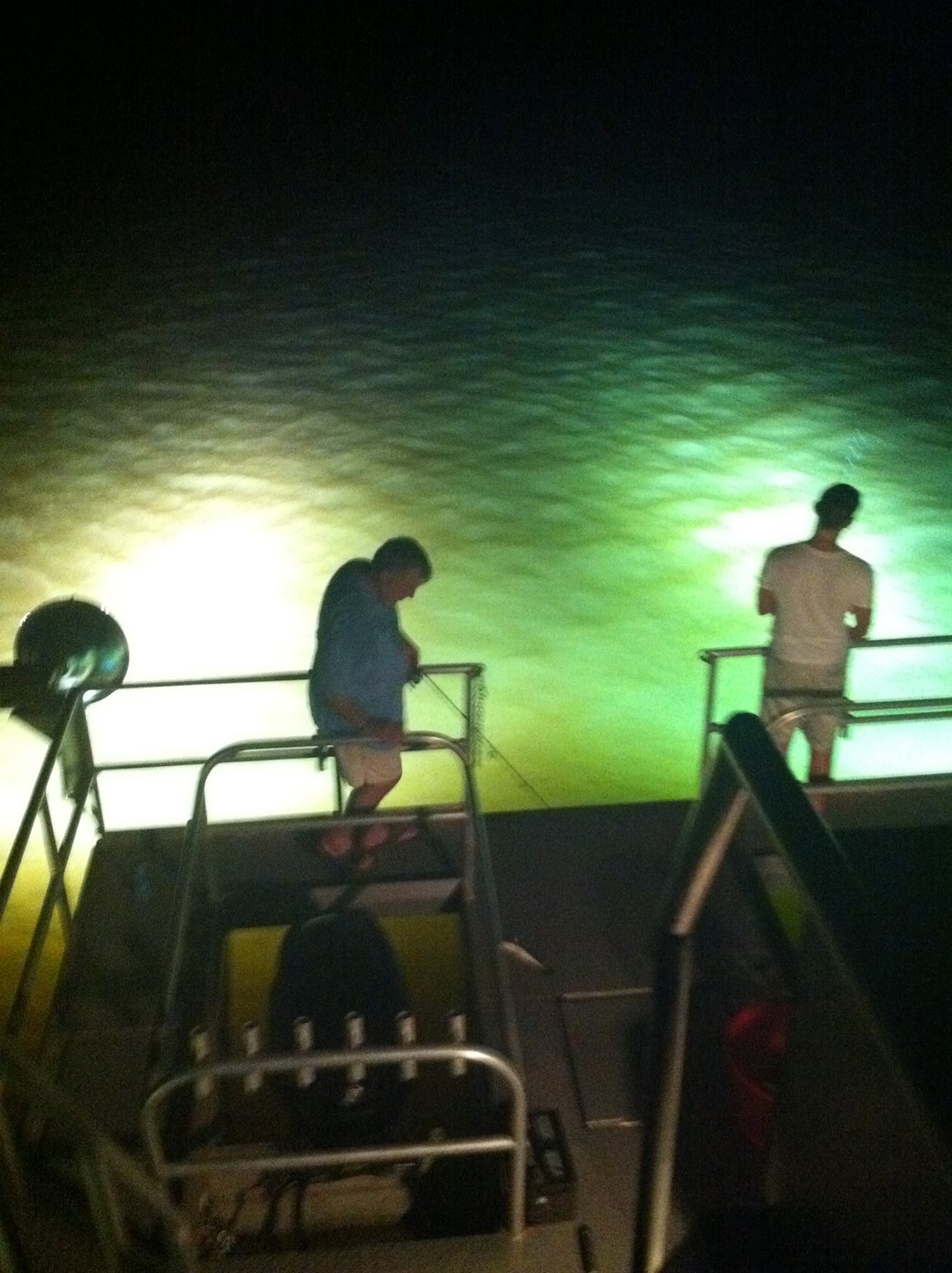 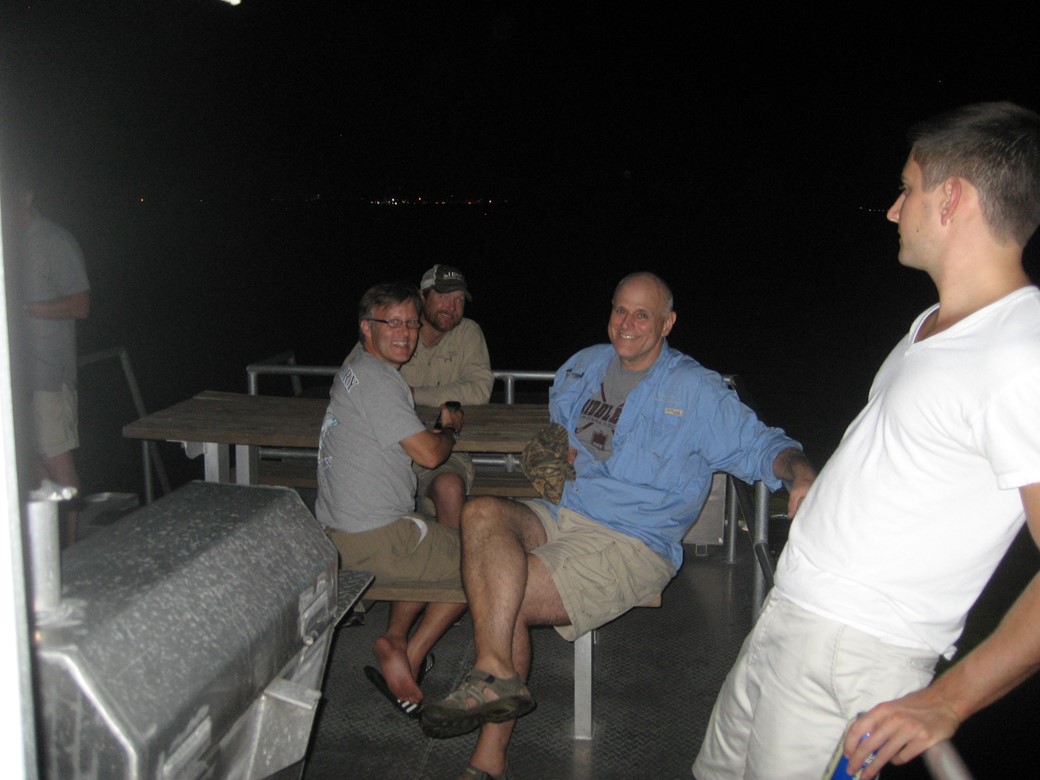 Friday we got up at 5 am for a 6:15 departure. There were two of us to a boat and we spent about 4 hours out on Lake Calcasieu and caught 14 trout and redfish. This was a little slow but still fun.

Saturday was the same routine; up early, quick breakfast, then back out on the lake.

My second cast of the morning using light (8 pound) tackle and live shrimp for bait hooked something big and powerful. It bent my rod over and started pulling line off of my reel.

First it went to the bottom which was about 6 feet. When it turned toward the boat I reeled in line as fast as I could. None of us, our guide nor my fishing partner, had any idea what was on the hook.

It came in toward the boat then went back to the bottom. On one of these passes we at least got to see the float on my line. We still didn’t know what I had hooked.

At one point the fish circled the boat and the guide took my rod and passed it under the anchor line so it wouldn’t get tangled there.

Once again I got it close enough to the surface to see my float, but we still couldn’t see the fish.

At last, after 15 minutes of playing with me, it showed its head. The guide groaned as he recognized an Alligator Garr. He reached for his grappling hook and when I got it along side the boat, he speared it and flopped it onto the boat. 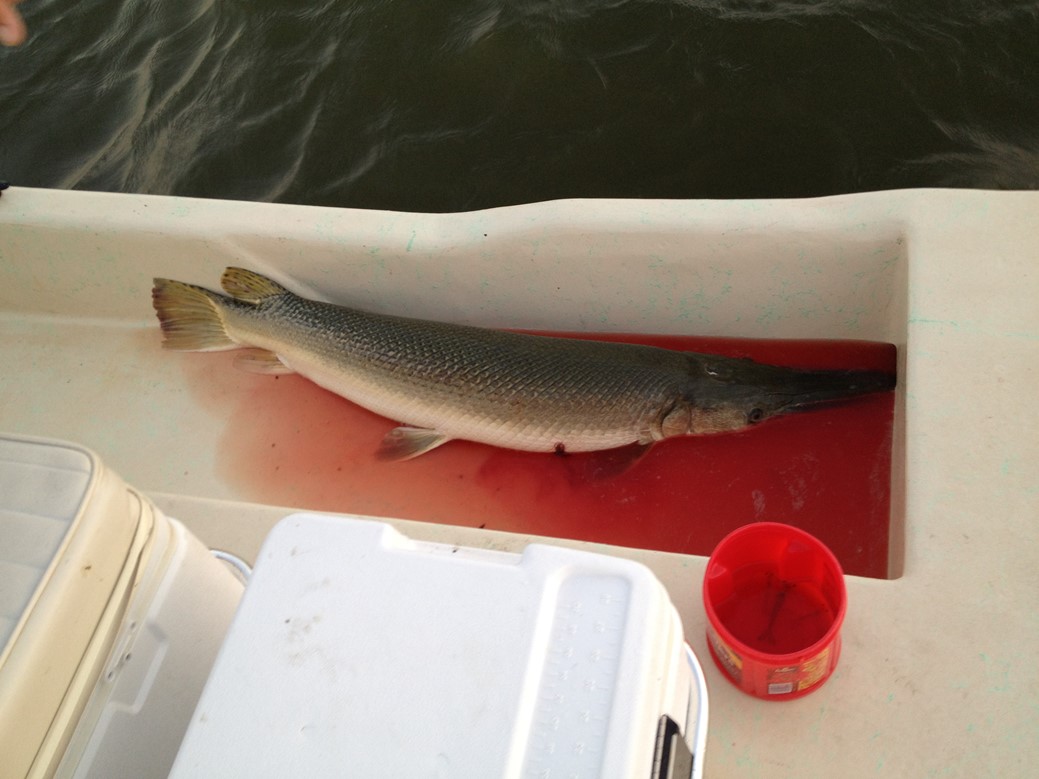 This has to be the ugliest fish in the water. 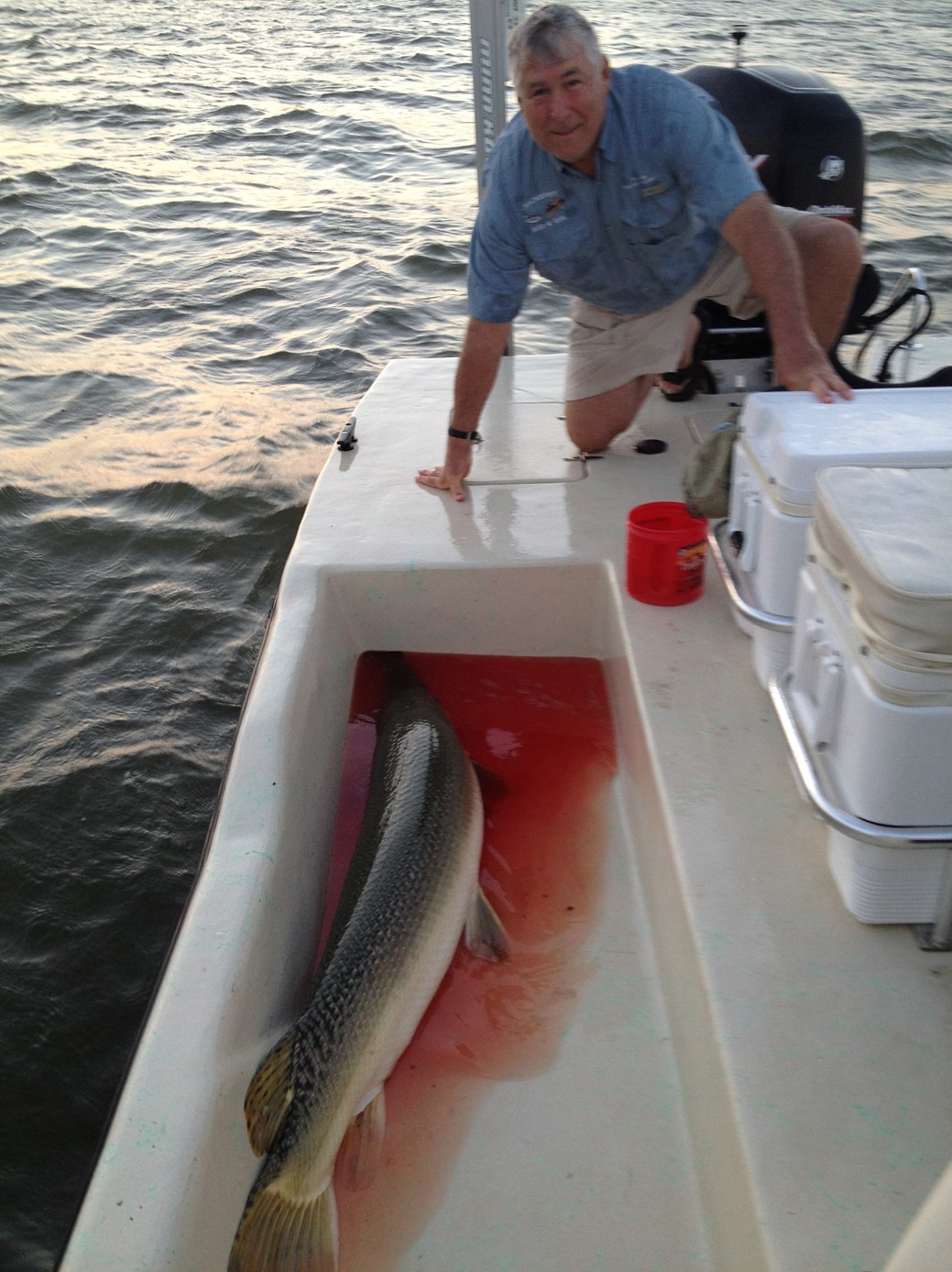 It has the head of an alligator and the body of a fish. 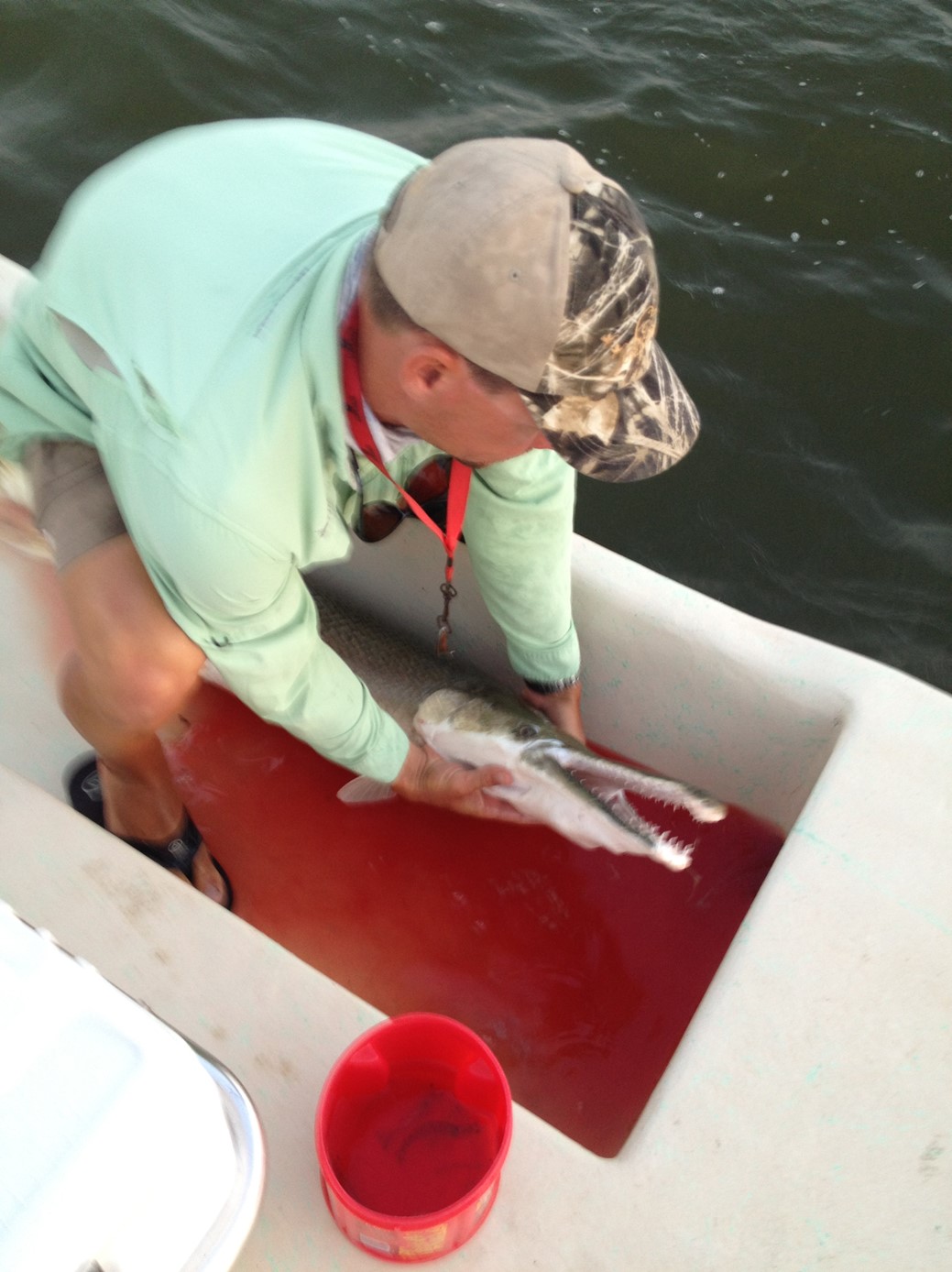 We were all guessing as to the weight of this thing, but when we got back to the Club and put it on a hook, it was all of 50 pounds. 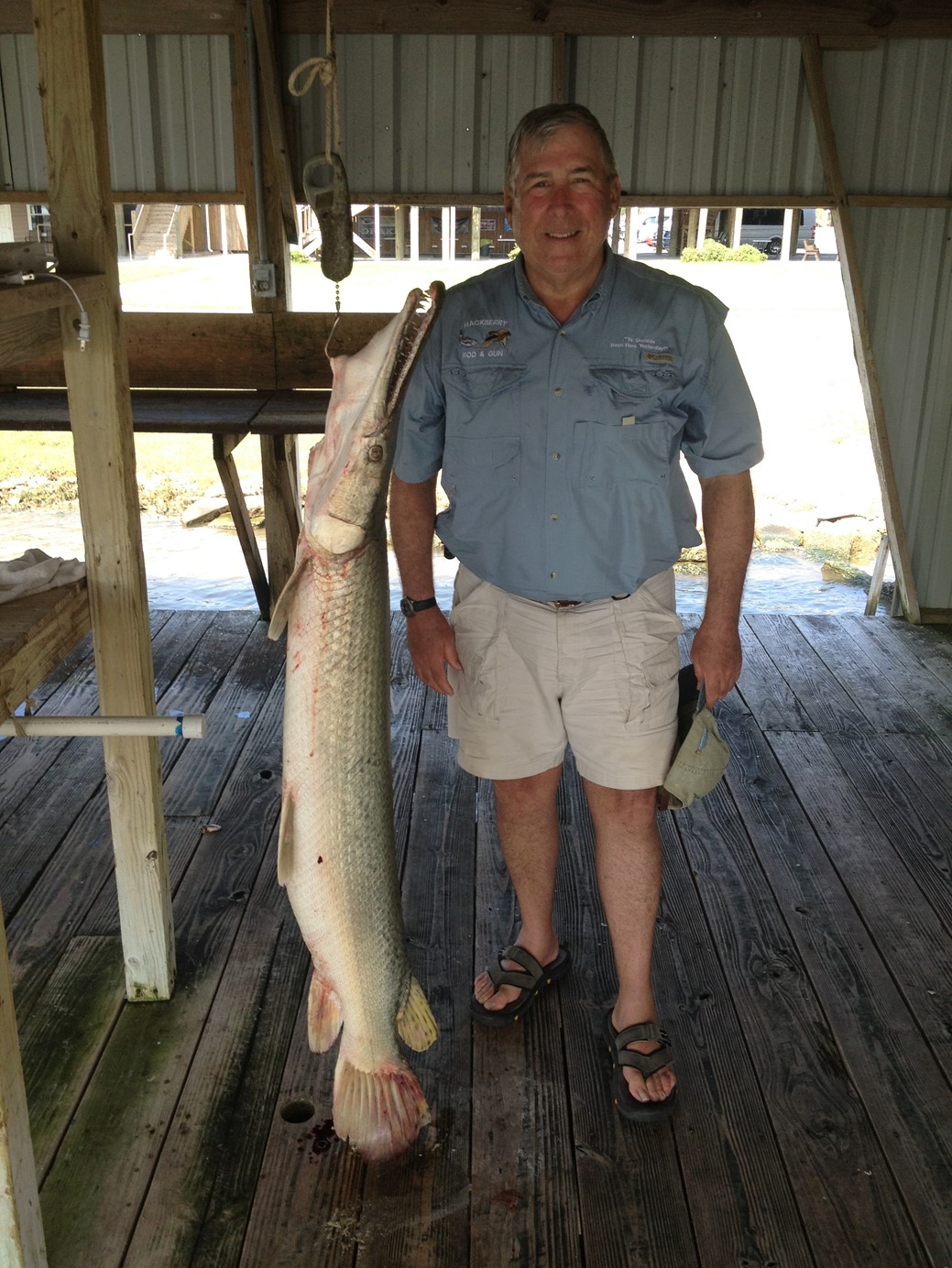 Rumor was that it would sell in the local market for $2.75 a pound. I was happy to leave it to the locals.

A Fish Story2012-09-082019-05-28https://www.vgordy.com/wp-content/uploads/2016/04/island-travel-logo.pngDiary of Selected Tripshttps://www.vgordy.com/wp-content/uploads/2016/04/040816_1725_AFishStory5-672x372.jpg200px200px
About
Vaughn Gordy
Vaughn Gordy and his wife, Patricia Mulcahy, travel the world. Rather than bore our friends and relatives with slide shows, we choose to make the photographs and log entries available on this website. We welcome your thoughts. 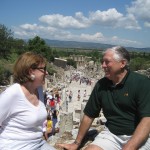 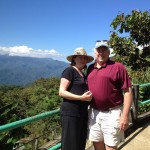