The “Gates” of New York

The Gates by Christo and Jean-Claude were on display in New York City’s Central Park starting February 12, 2005 for only 16 days. The middle weekend of the brief display included the Presidents Day holiday. I had the opportunity to visit and I took it.

The artists are Christo and Jean-Claude Javacheff. They really hit the big time in 1995 when they wrapped the Berlin Reichstag in metallic silver fabric. This was symbolic of the coming out of the East Germans and the reunification of the two Germanys.

I flew to New York on Sunday February 20 and returned to Chicago on Monday the 21st. During that brief visit I strolled for miles through Central Park and took the time to visit the newly reopened Museum of Modern Art.

I was very lucky with the weather. The day was generally crisp and clear. The high was about 38 degrees, but the graying sky foretold of winter weather on its way.

I walked the 13 blocks from my hotel to Central Park. The glimpse of saffron panels seen below at the entrance to the park gives only a hint of what lies ahead. 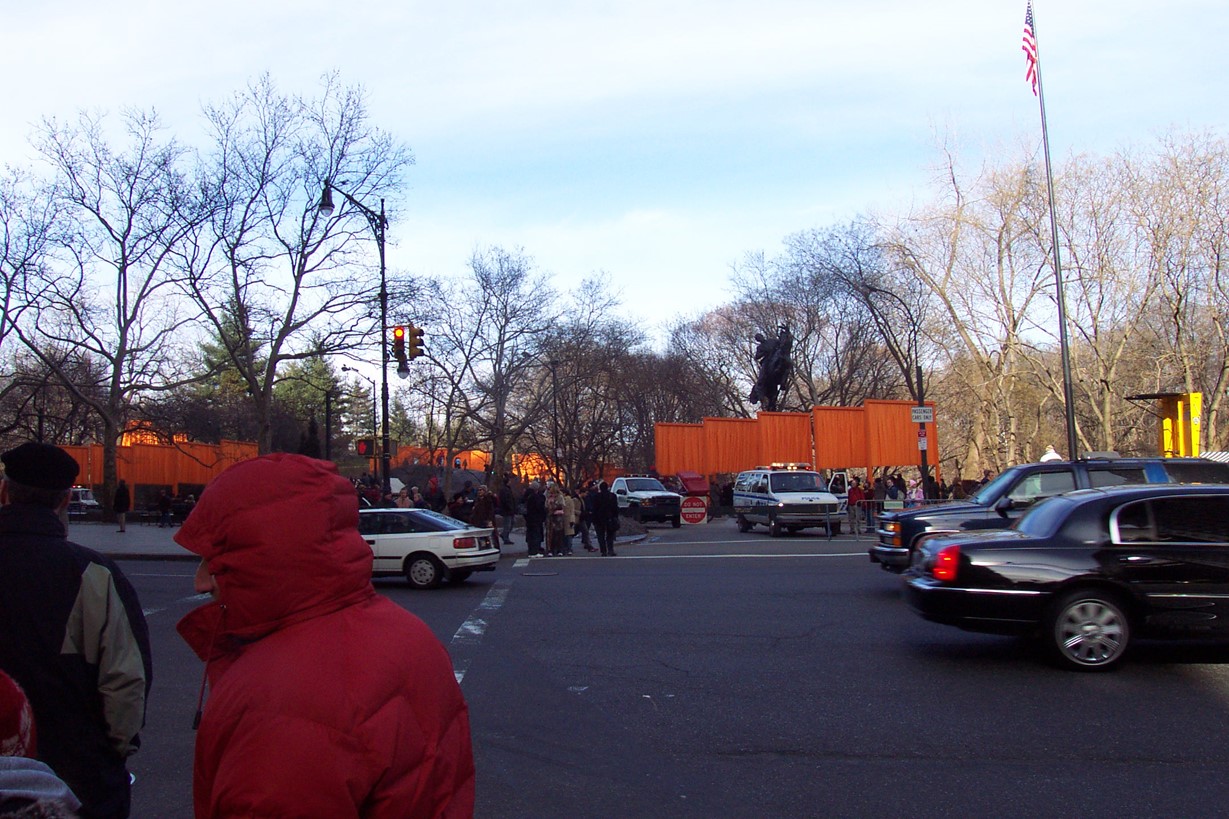 The closer one gets to the park entrance, the more one begins to appreciate what is in store. 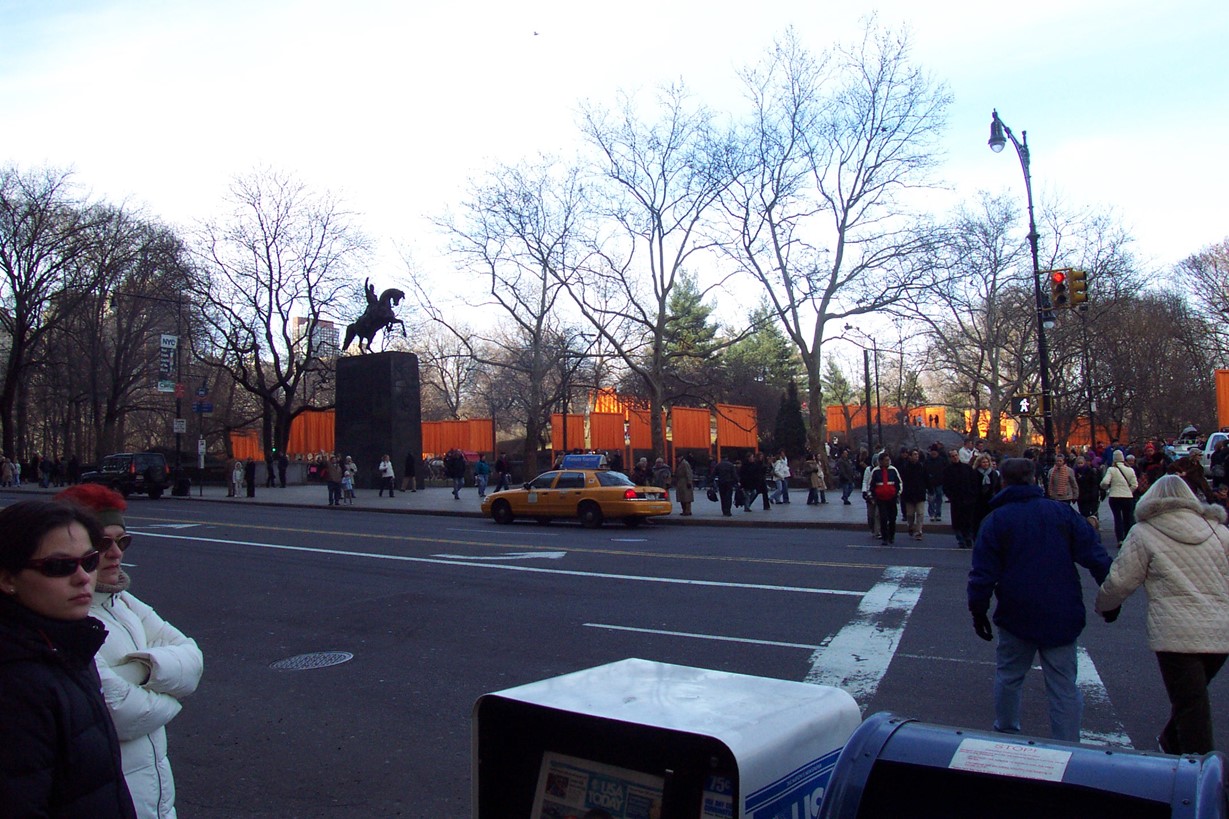 Sunlight periodically broke through the overcast and dramatically changed the color of the panels. 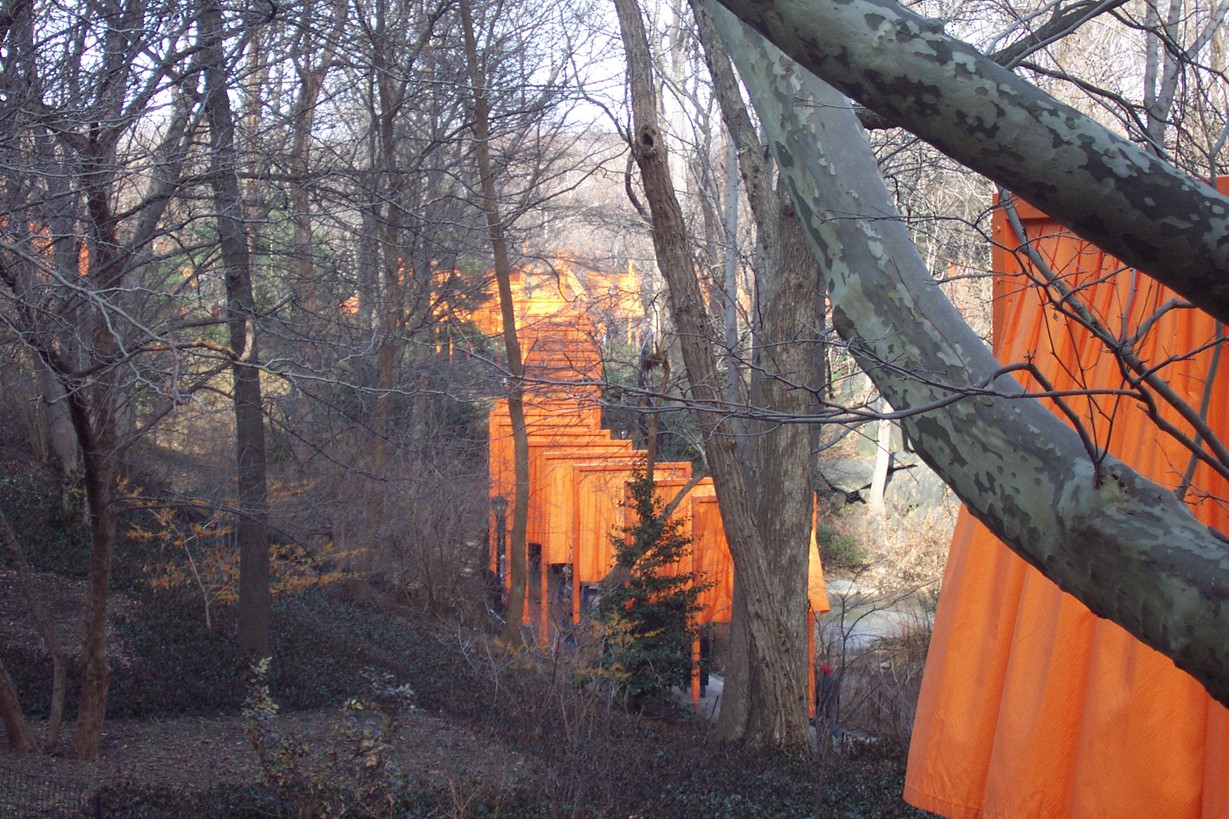 People by the thousands were walking through the park in amazement. Most, like me, brought their cameras and tried to find interesting angles to capture the enormity of the display. 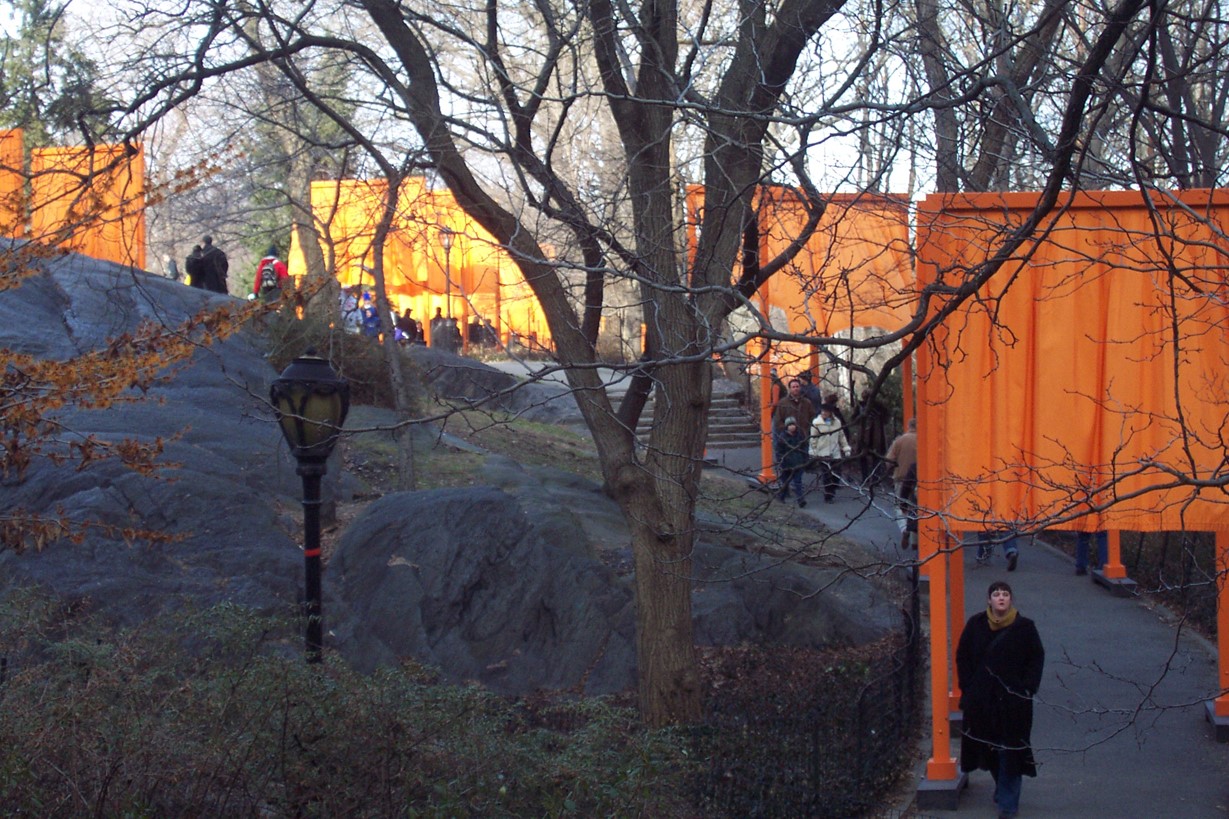 People would reach up and touch the fabric just to get a sense of it. Small children, riding on their father’s shoulders would brush their hands against the panels as they passed underneath.

Along roadways, The Gates were erected along the sidewalks on both sides. 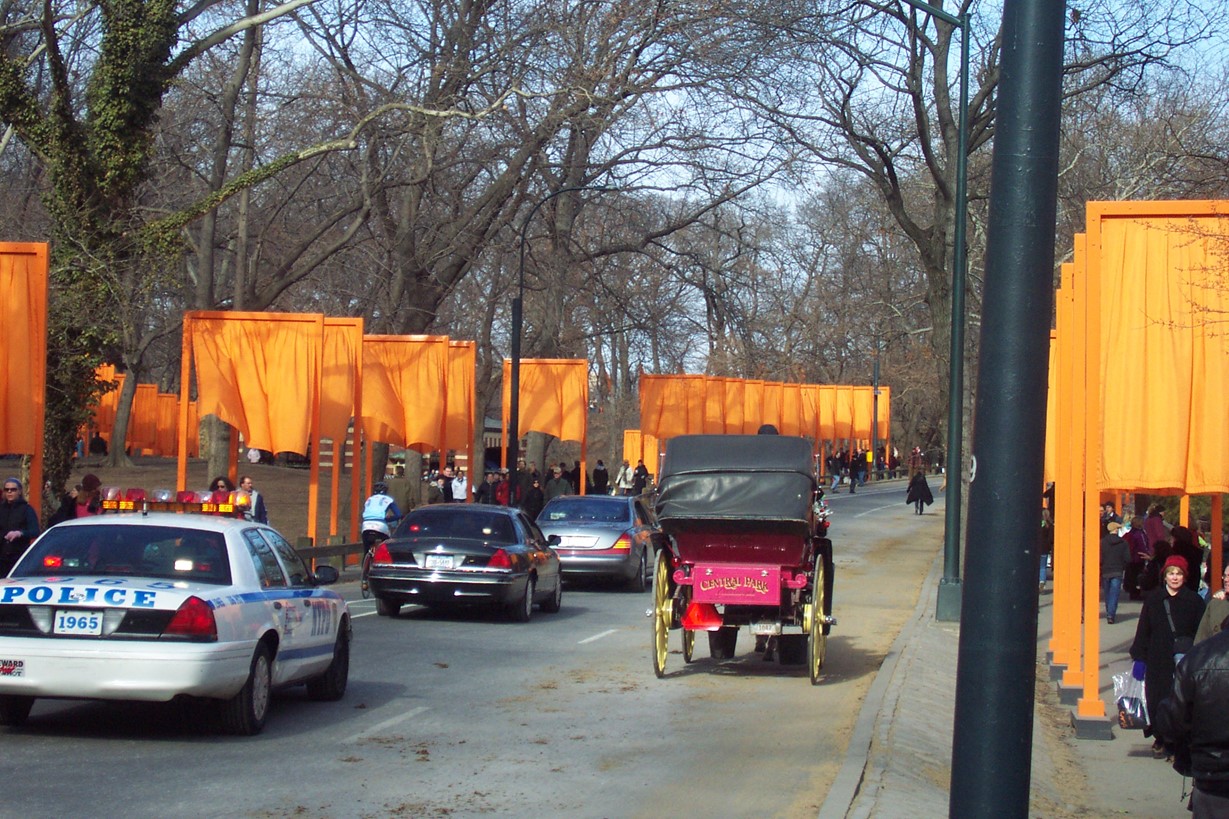 The Sheep Meadow was completely surrounded by The Gates. 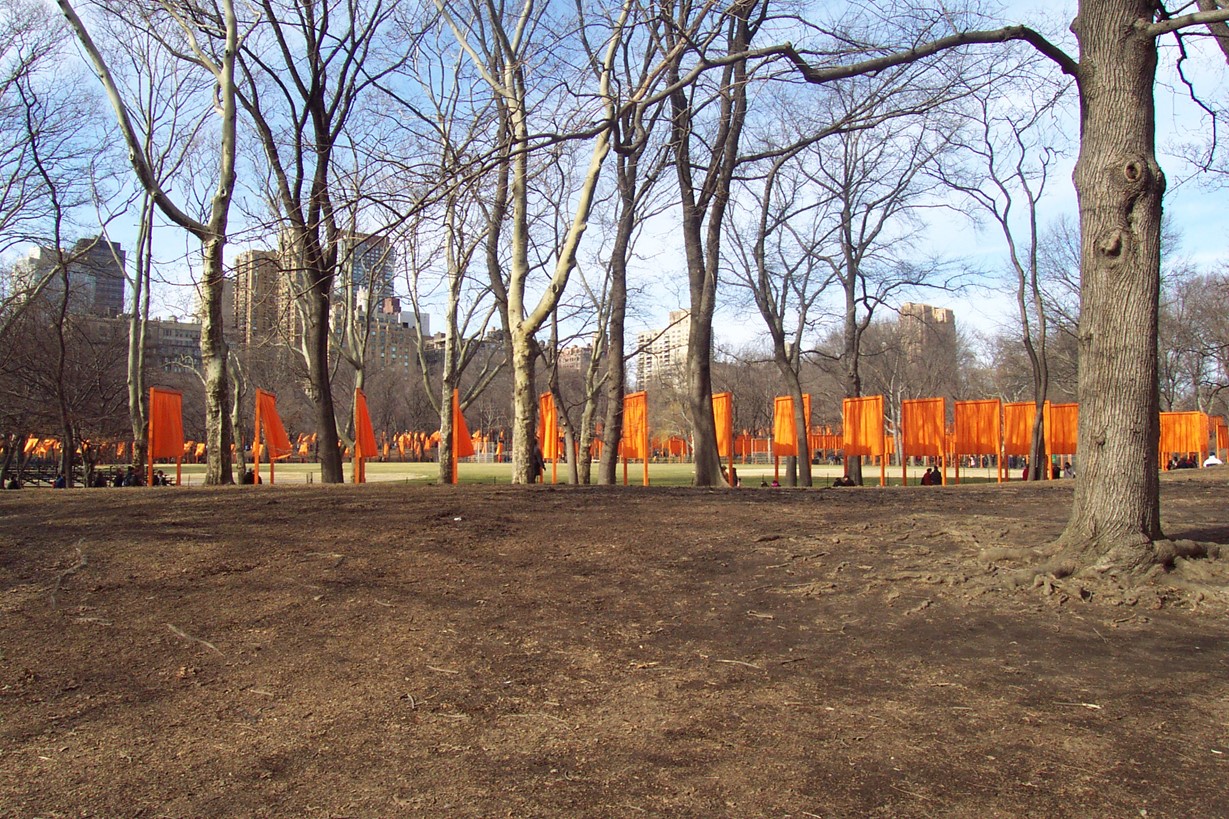 In total, there are 7,500 gates covering 23 miles of walkway through Central Park. Each gate is 16 feet tall. As seen below, many visitors chose to see The Gates from the relative comfort of a horse-drawn carriage. 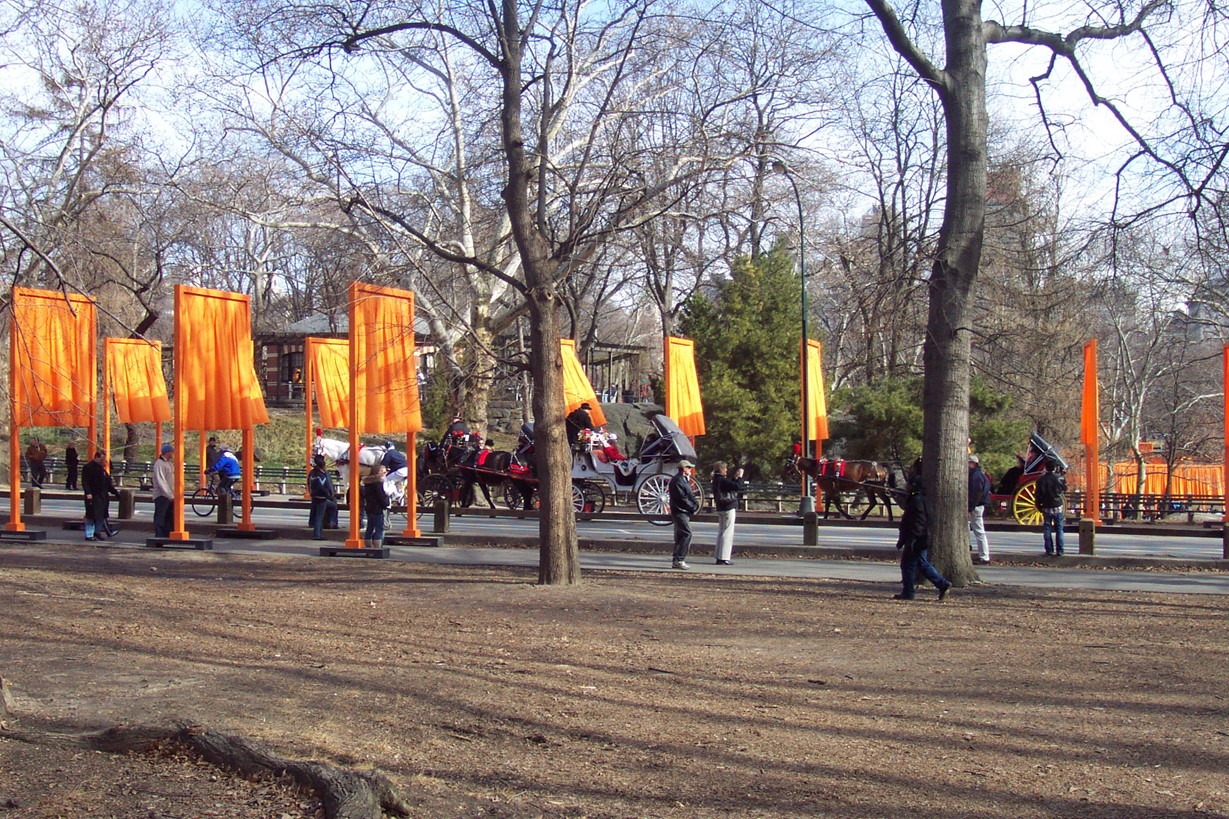 At the far Western edge of the park, the panels pass beside The Tavern on the Green Below the artistically trimmed hedges can be seen in the background. 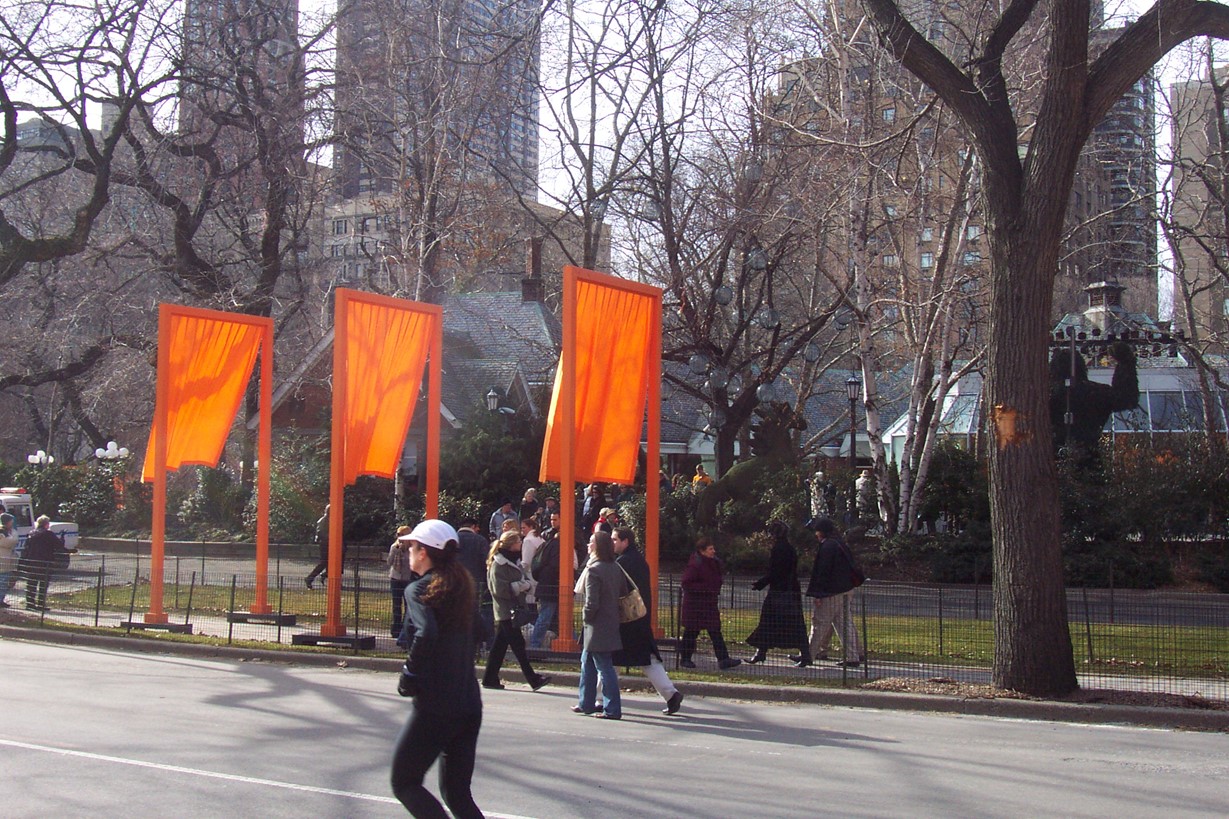 Another view of the Sheep Meadow. 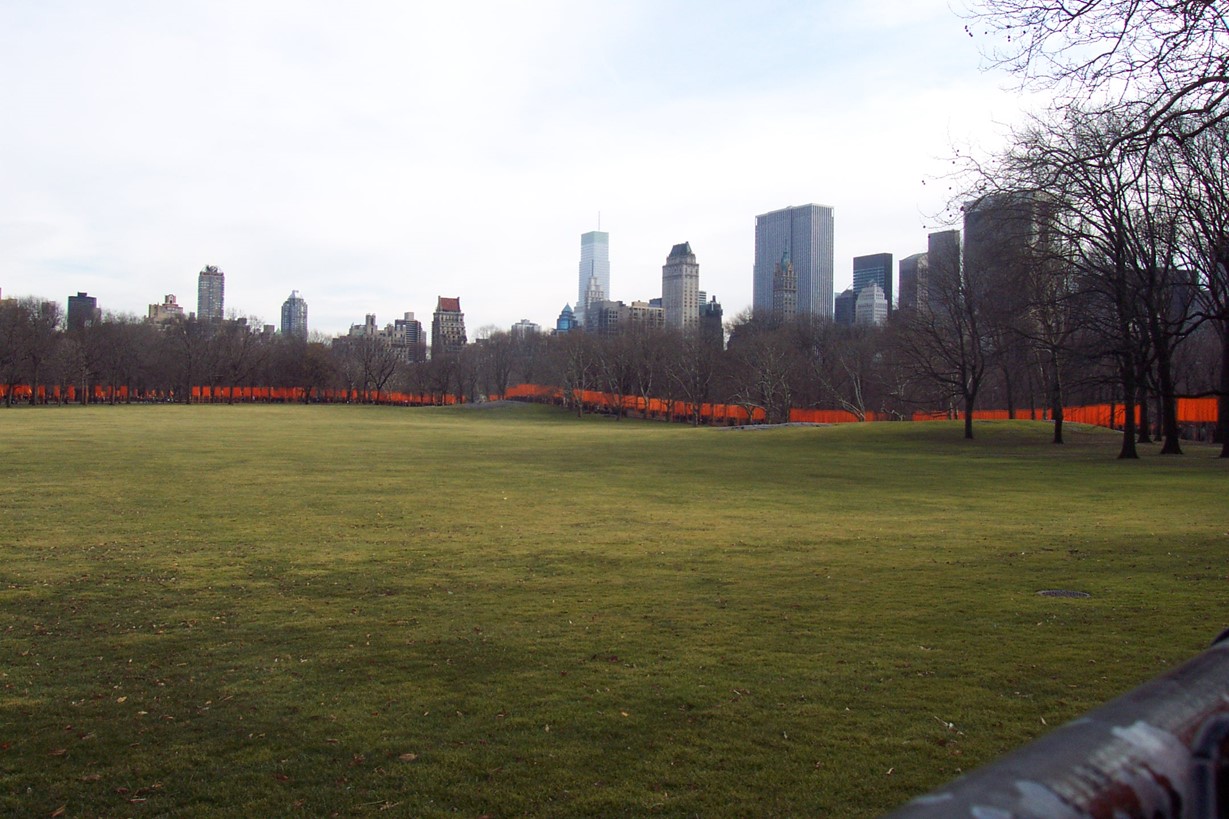 The panels just go on forever. 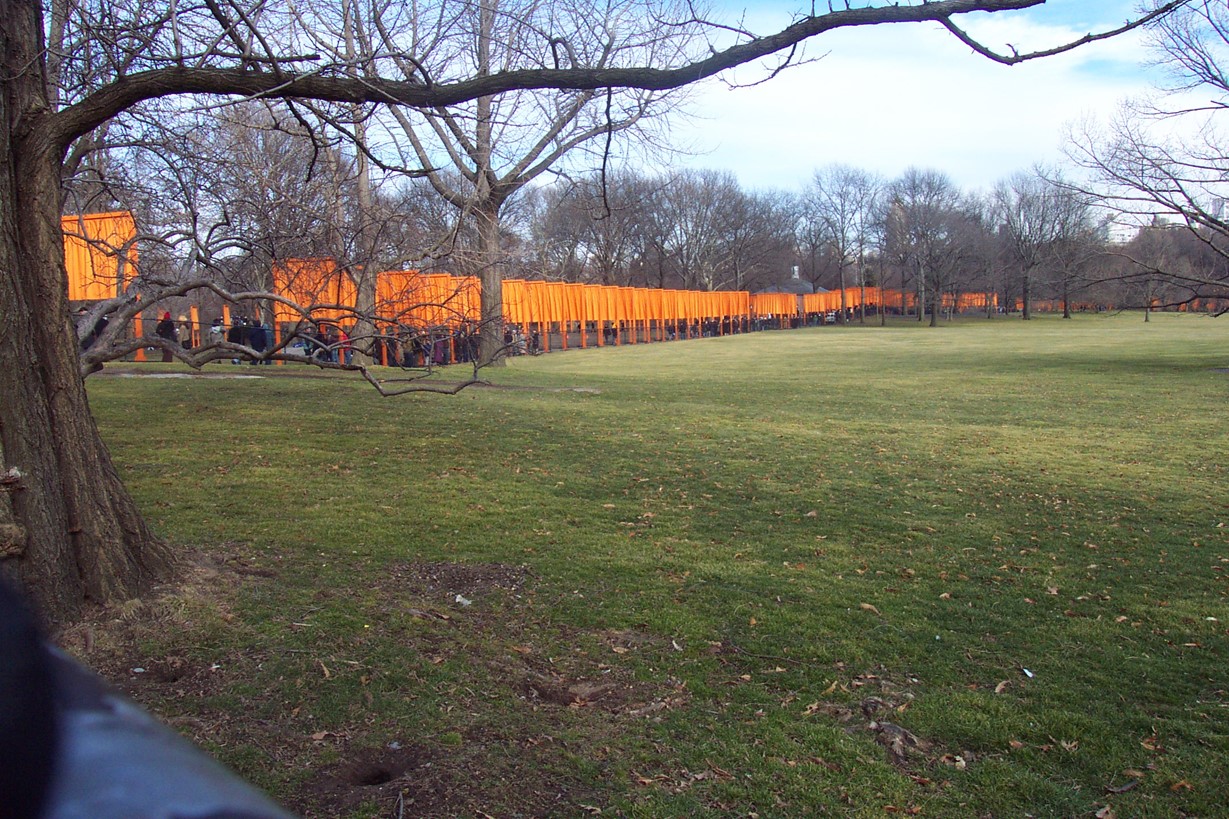 Every so often a visitor comes upon a guide such as the one below. These people are there to answer questions. 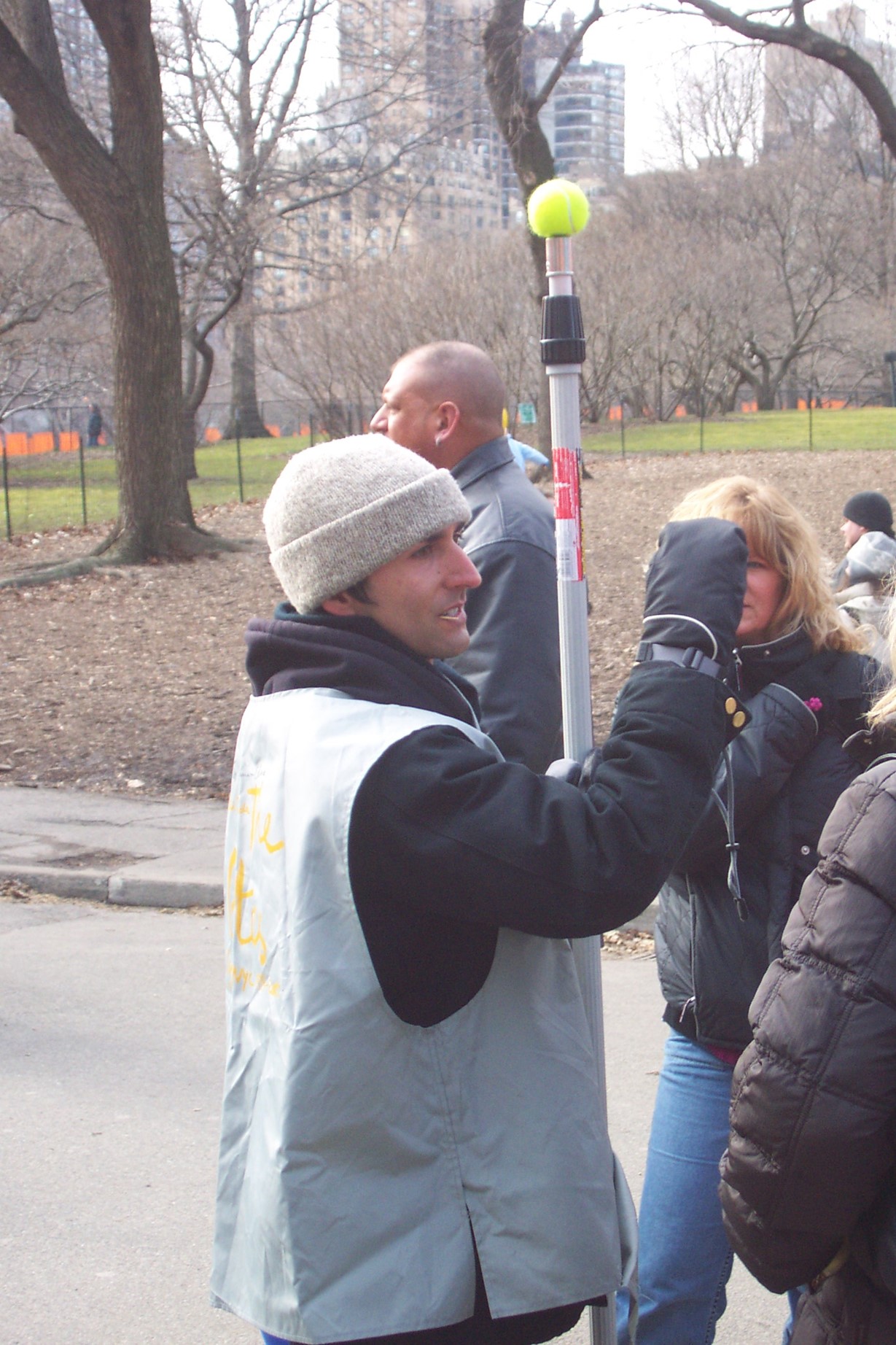 The character of Central Park never changes, even with the overwhelming spectacle of The Gates. Below are some roller blade dancers putting on their presentation. 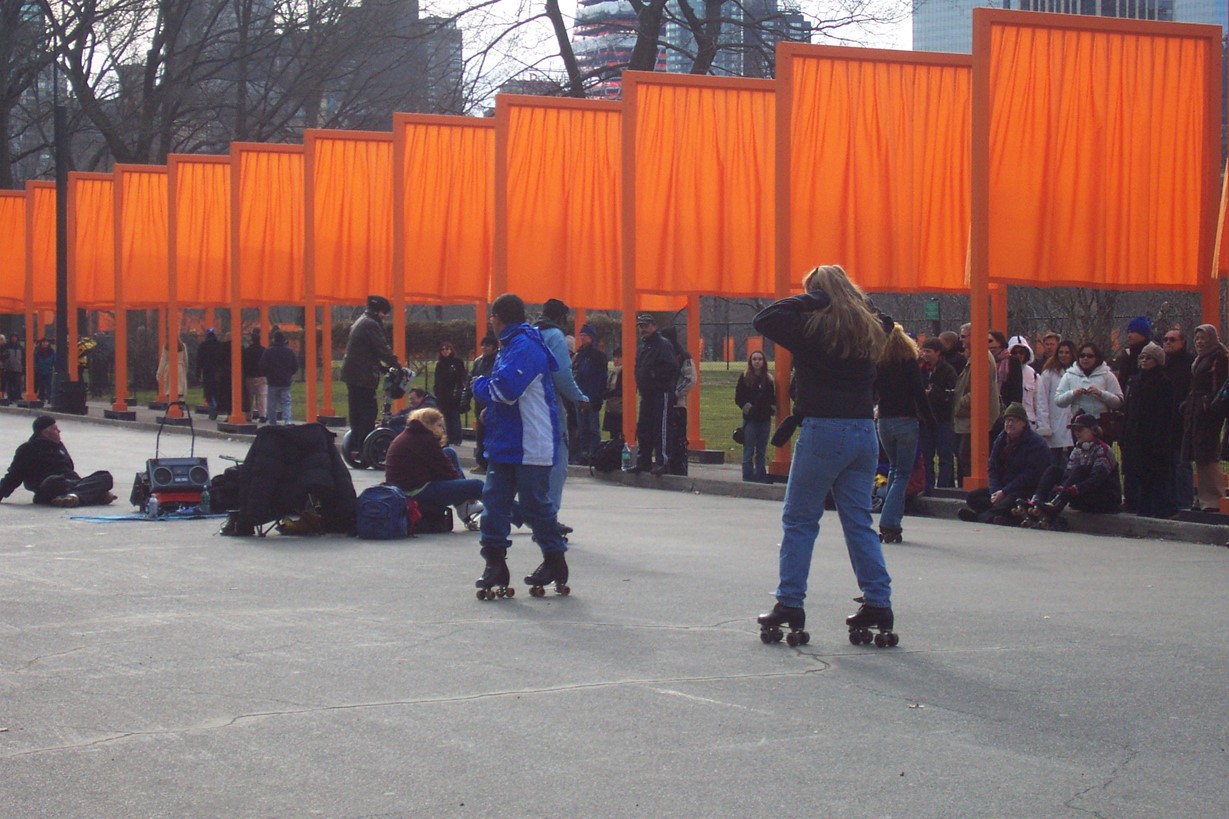 Children are everywhere. Below, they climb all over one of the massive rocks in Central Park. Occasionally, an adult joins them to get a better perspective on The Gates or to get positioned for a photograph. 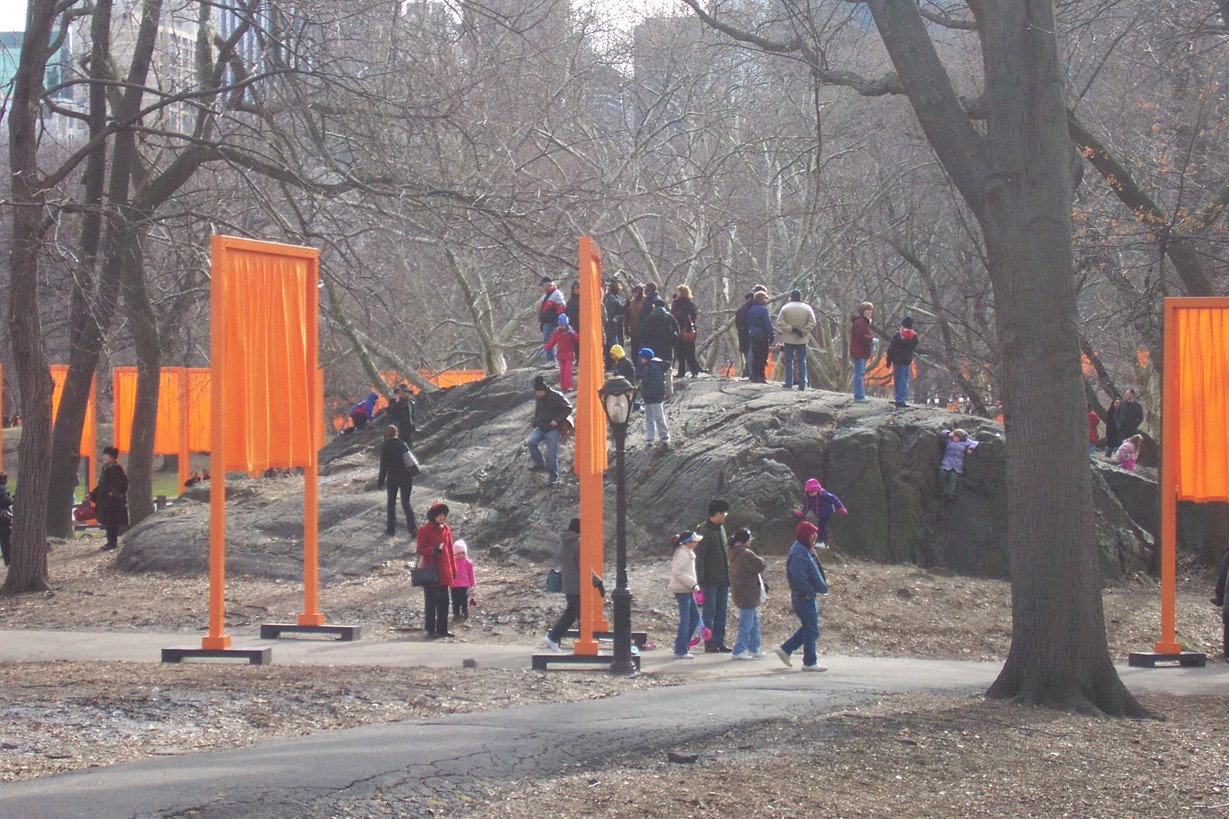 The building below is the headquarters for the New York Bureau of Parks. The Gates pass right in front and contras with the flags of the United States of America, New York State, and the flag of the Park District. 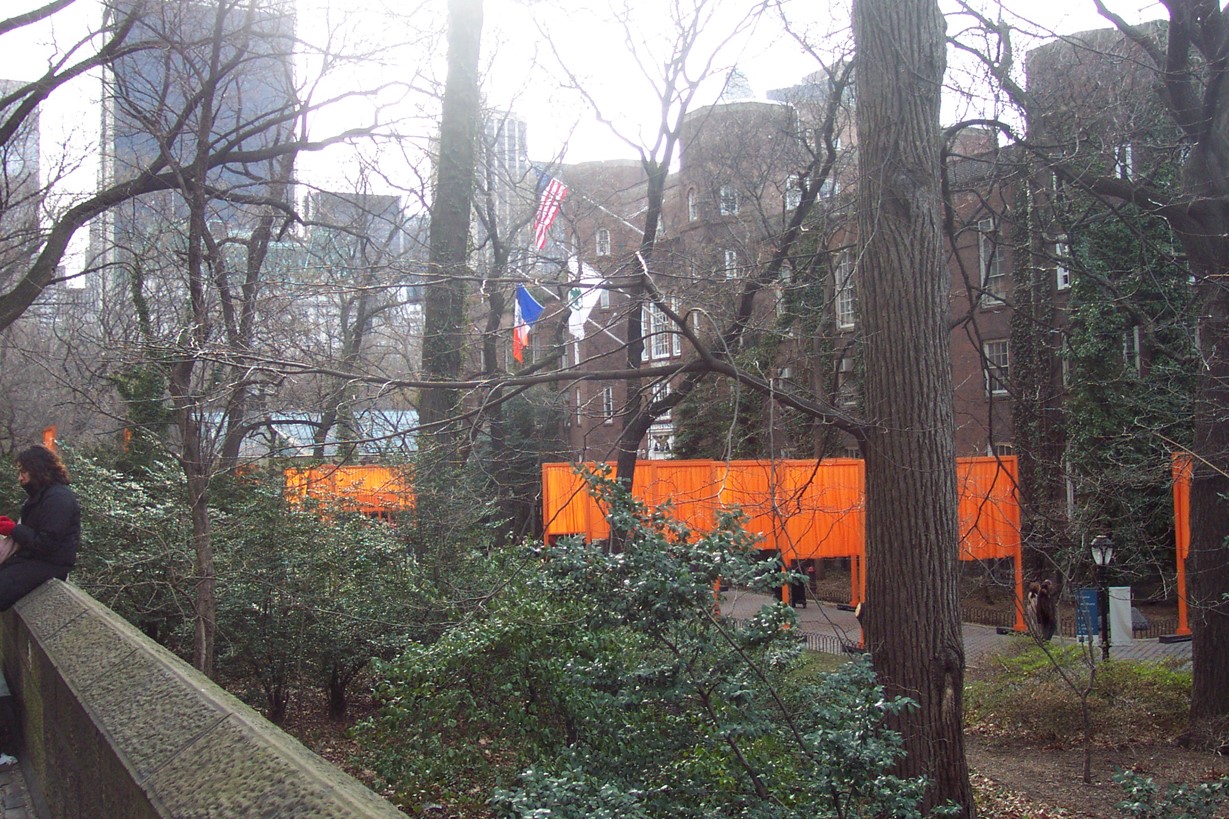 That ended my Sunday in the Park. From there I visited the Museum of Modern Art which has just returned to its permanent home after several years in Queens.

Snow had begun to fly in New York before midnight Sunday. By Monday morning, there was about 5 inches on the ground. The usual morning sounds of trucks loading, backup beepers, and honking taxis were replaced by snow plows, snow blowers, and shovels.

New York City doesn’t get a lot of snow, but they seem well prepared.

I got out early before the car and truck tires had turned the snow to gray slush. The city appeared clean and beautiful. I checked out of my hotel, grabbed by bags and headed back to Central Park. I wanted to see The Gates again, but this time with snow cover. 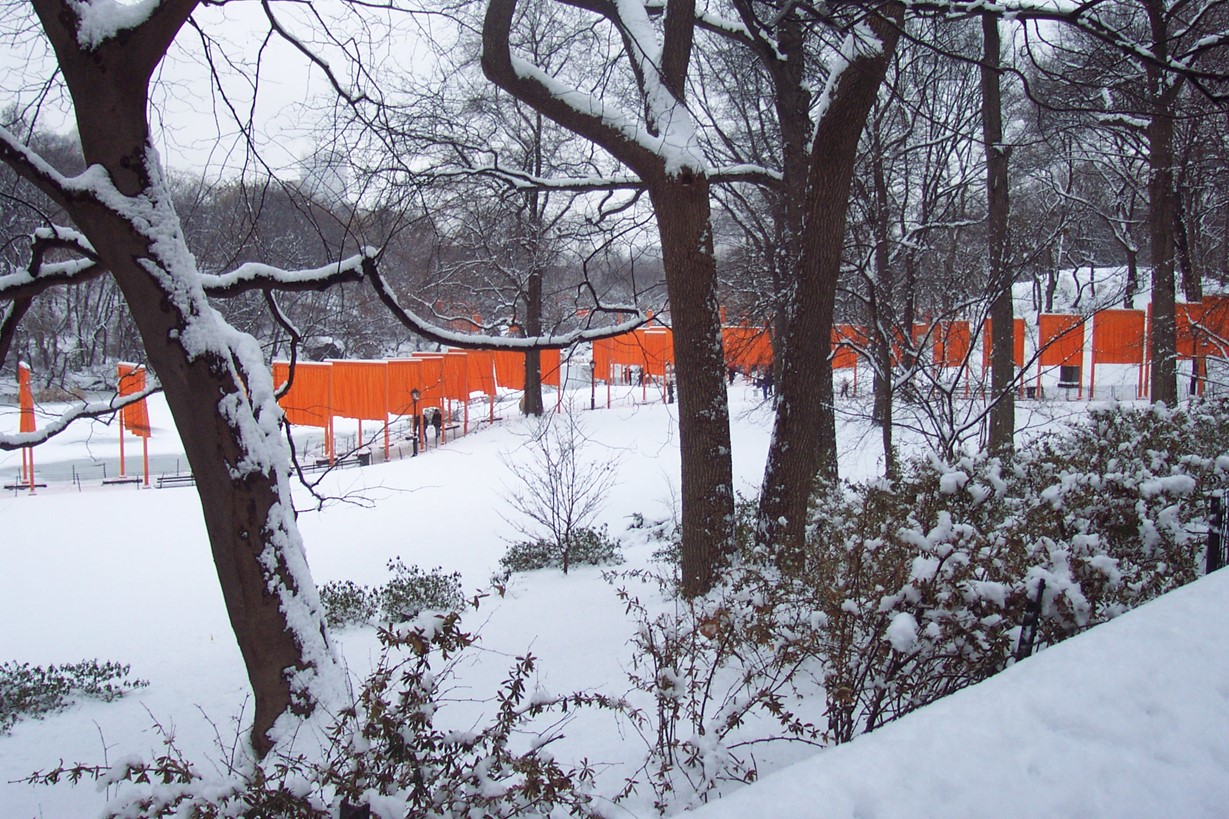 I wasn’t disappointed. The park had been transformed overnight. 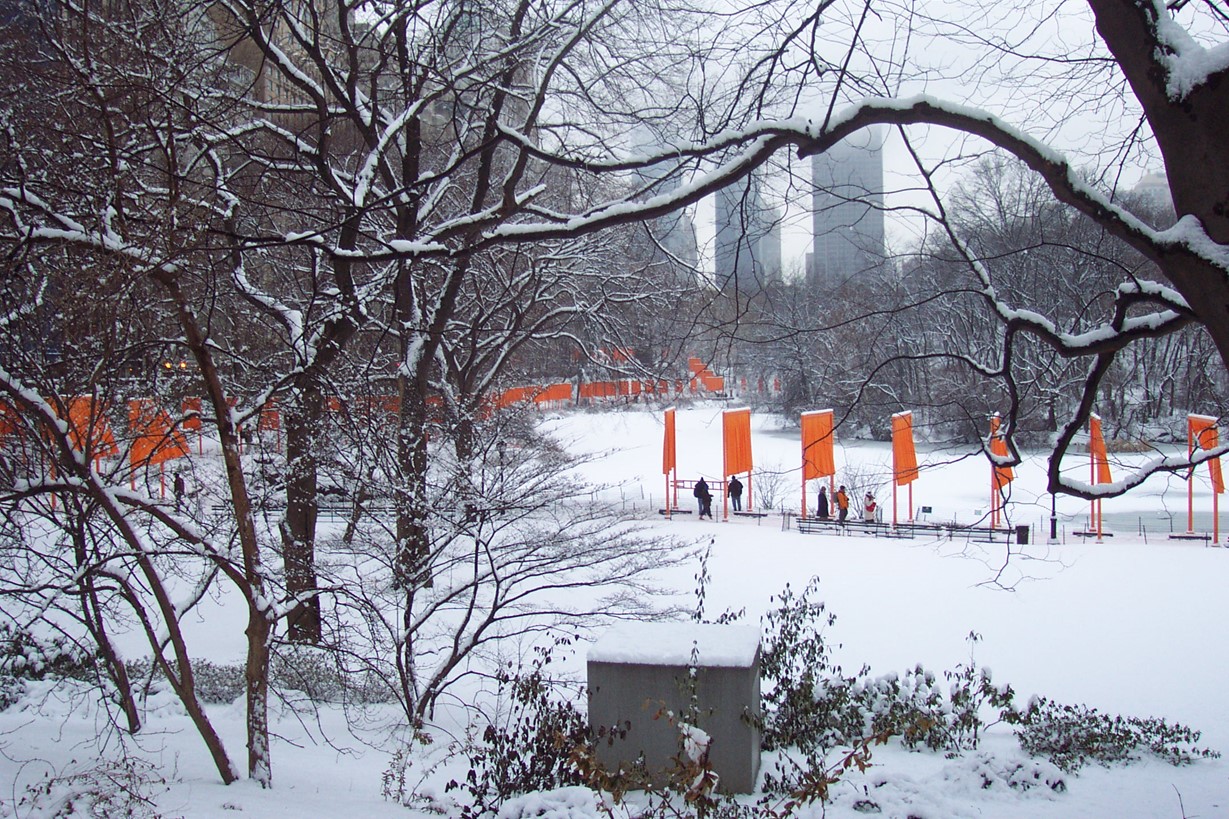 It was too early for the children to be out and about, but the photographers certainly were. 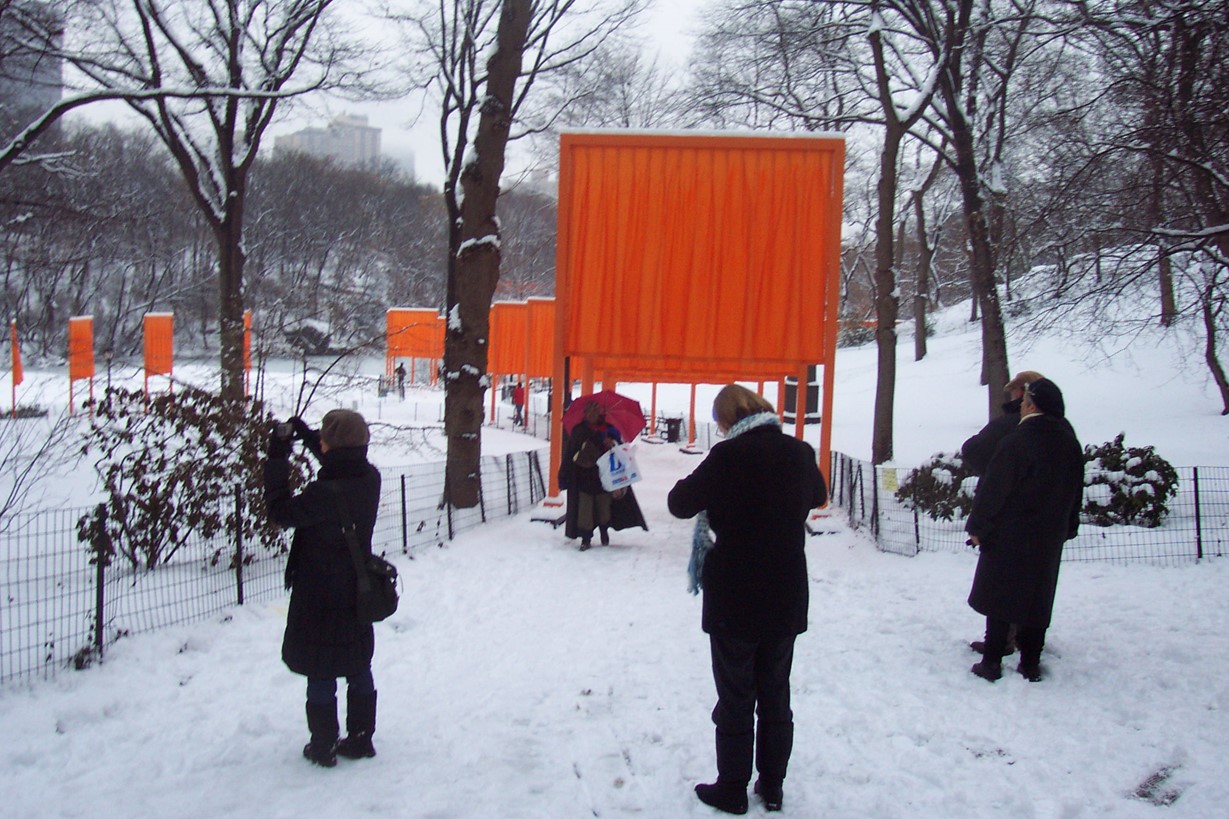 From here, I left for LaGuardia and my flight back to Chicago.

The “Gates” of New York2005-02-212016-04-15https://www.vgordy.com/wp-content/uploads/2016/04/island-travel-logo.pngDiary of Selected Tripshttps://www.vgordy.com/wp-content/uploads/2016/04/040816_1744_TheGatesof16-672x372.jpg200px200px
About
Vaughn Gordy
Vaughn Gordy and his wife, Patricia Mulcahy, travel the world. Rather than bore our friends and relatives with slide shows, we choose to make the photographs and log entries available on this website. We welcome your thoughts. 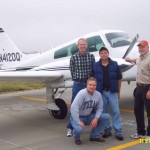 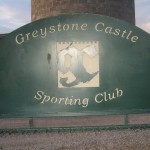